Show and tell: Lenormand No. 53

I recently bought a reproduction of an antique German Lenormand deck c1880. I am posting the card images here in case other Lenormand enthusiasts would appreciate seeing them.

Notes about the original deck:
♦ The Aces are illustrated with jesters or other humorous figures.
♦ There is a Deutsches Reich tax stamp on the Rider card.
♦ The original deck is listed in Wahrsagekarten (1972) by Hoffmann and Kroppenstedt (No. 53, late 19th century, publisher unknown).
♦ There is a Lenormand Museum listing for a similar deck. 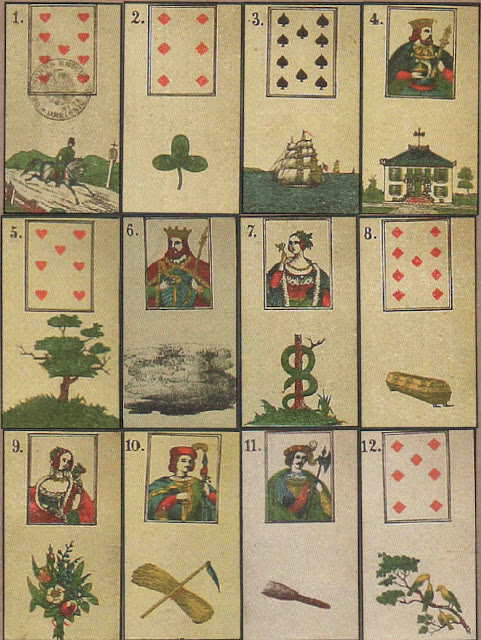 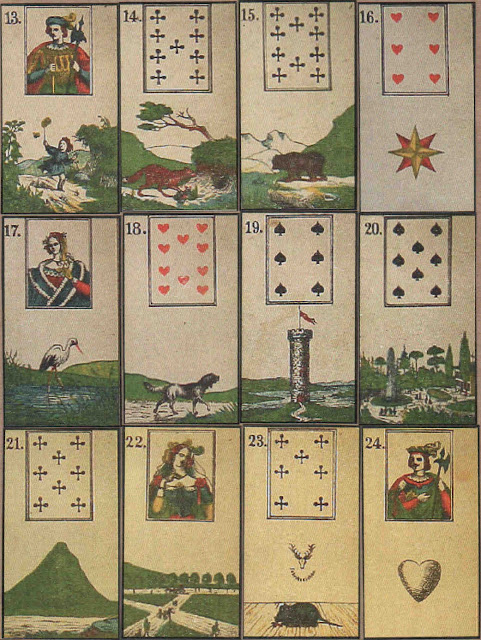 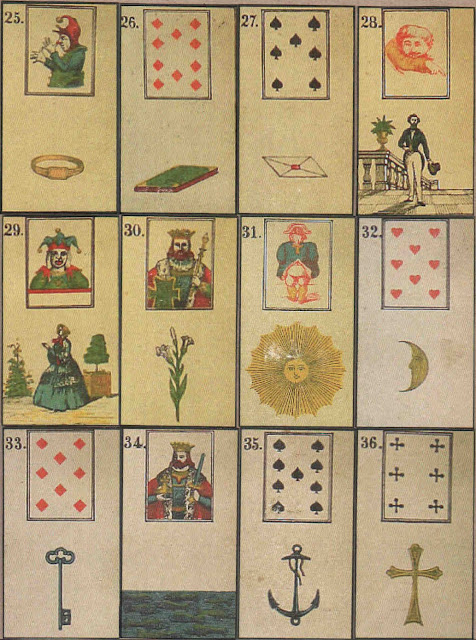